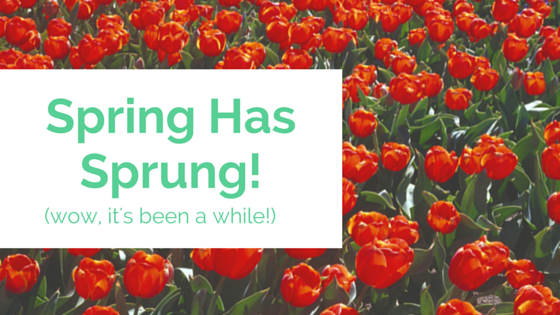 Wow, it’s been a while! Last time I wrote something, there was snow on the ground, and now it’s in the mid-60s and my seasonal allergies are once again ruining my life.

I meant to write more about digital strategy and other random things in the last few months, but unfortunately I have been incredibly busy. Almost immediately after my last post, I began to dedicate most of my time outside work to Dynamic Music Festival, of which I am co-founder and co-artistic director. The festival went off without a hitch on February 28 and March 1, but unfortunately I had no time to rest. The month of March saw me embark on a monthlong apartment search that resulted in me deciding to remain where I already am for another year. April has also found me busy at work, where we just had the deadline for our spring 2015 round of project grants while also coordinating a move that occurred this weekend.

Despite the setbacks, I promise mid-April and beyond will provide me with more time to write. I’ve been meaning to write a ton of blog posts I’ve been thinking about for months, and now I finally have the time to commit them to 0s and 1s. Stay tuned for future posts about social media, digital strategy, and more writings on music and the nonprofit world in the coming weeks.