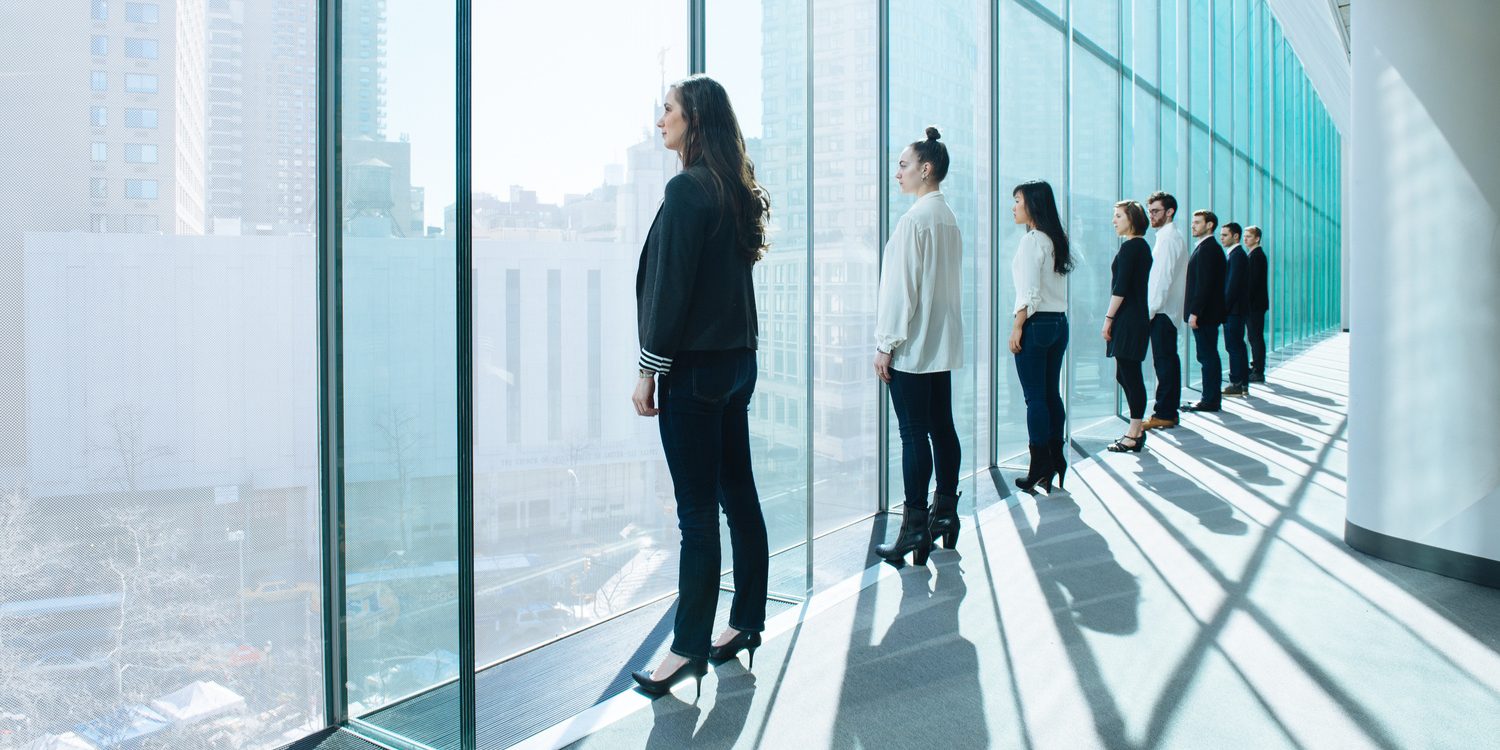 I recently completed a new piece for piano trio and baritone voice for Arts Fusion Initiative (ArtsFI). The group is not your average ensemble. Rather than commission and perform a number of individual works on several small concerts per year, each year they create an evening-length piece around a single poem, bringing together multiple artistic disciplines in the process. Their performances are highly collaborative and they excel at applying these techniques to student workshops and corporate professional development.

Consisting of some pretty remarkable performers in New York City, ArtsFI does most of their work in Kansas, where its Executive and Artistic Director, Kristen Doering, is from. In two weeks, they are headed back to Kansas with the project I worked on, The Sleepers. The work is centered around Walt Whitman’s poem “The Sleepers,” from The Leaves of Grass. This year’s project combines pre-existing musical works, theater, visual art, dance, and a new composition I contributed in a stunning exploration of Whitman’s poem.

I wrote a little bit about my involvement in this year’s project in a blog post for ArtsFI. Below is an excerpt about my process for composing the piece:

I am definitely a planner, and as such, most of my compositional process is actually a lot of planning before I actually write any music. Vocal music adds an interesting wrinkle into this process where I am provided with source material I did not create: the text. That means that before I can write any music, I first need to digest and understand the poem I am setting, including its structure, meter, and theme. This deep analysis is incredibly rewarding for me as a composer, because once I get started writing the music most of the elements of the piece are derived directly from the text itself. The connection that emerges between text and music is one of the many reasons why I love writing vocal music.

As I analyzed “The Sleepers” I realized that the poem is, at its most general level, a compelling exploration of humanity. The poem begins as the narrator is transported across many and varied souls, eventually focusing in on the stories of several particular people told throughout the main sections of the poem. The stories all vary in length, subject matter, and viewpoint, though the narrator maintains a consistent voice. The poem soon takes a step back from the vignettes to reveal the broader emphasis that whatever gender, race, class, or other disposition one is, we are collectively still all the same–we are all human. As Whitman says, “The soul is always beautiful.”

I hope that if you’re in Kansas, you are able to attend one of their workshops or performances. Even if you can’t make it or you don’t live anywhere near Kansas, ArtsFI is still a group to pay attention to. They have only existed for a couple of years, but they are quickly